The opening scene of “The Manchurian Candidate” is a very well staged scene that employs many film techniques to encapsulate the tone of the rest of the movie. The opening itself, brandishing a staunch, white sign that displayed time and place of the scene, gives the introduction a sense of exposition. The film tries to give the audience some context by alluding to the fact that this movie takes place in the Korean war. The sign fades to a pan shot of a military vehicle moving around a set of trees, letting the frame rest just in front of a nearby ramshackle building where the car parks. The scene cuts to a shot from inside the building, letting the camera shots bounce between medium shots as the camera follows Raymond. After Raymond finally enters the main room of the building, the camera plays with the angles of framing to capture the faces of the members of Raymond’s unit by bouncing back and forth between them and Raymond. These techniques add a very fast pace to the scene, making it feel almost overloading with how much it is trying to show in a small amount of time.

Mentioning time, it is very interesting how timing is used throughout this piece. The cut from when Raymond enters the building to when it shows Raymond walking down the hallway, while seeming instantaneous, probably had a time elapsing that isn’t known to the audience. Furthermore, the party inside the building was probably cued to happen in conjunction with the beginning of the scene. This helps keep the pace of the scene without revealing that the time actually passing isn’t equivalent to the time portrayed in the scene. This helps keep the tone that the producers intended: a very chaotic and fast paced momentum that Raymond brings to an abrupt halt when he begins blowing his whistle. 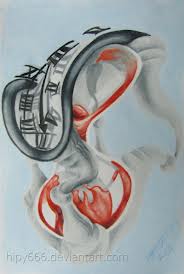 The motion of the scene helps add to the effect that the scene is creating. Raymond, when making his way to the main room of the building, is halted by two people kissing and blocking his way. Furthermore, the main room itself is a mass of movement that is presented in the point-of-view shot. This only ends when Raymond demands it to end with his whistle, and the entire motion of the shot suddenly freezes in response. The producers wanted to give a means to show just how much power Raymond has over his company, and how serious his demeanor is.

Music and sound plays an integral role in the effect of the scene. The diegetic music that plays from the party blares through the walls and gives a sense of discord even before Raymond gets to the party. The greatest sound throughout the clip, being the loudest, was Raymond’s whistle. All other diegetic noises are suddenly halted before this noise, dispersing the chaos that plagued the party. It shows the whistle as an instrument of Raymond’s authority over his company and his unwillingness to stand for the disgraceful actions set before him. It follows that the only other noises that remain in the scene until the next scene is dialogue Raymond has with his fellow company troops. While not present in the scene, it is worth noting that this scene lacks narration that helps along other stages of the movie. The lack of narration in this opening scene allows the audience to clearly identify for themselves what is going on in the scene and how the action brings meaning. 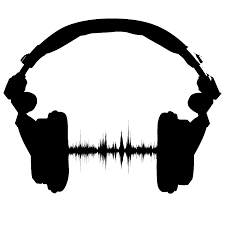